Getting to Change Agility – Creativity

Today I was fortunate to attend the Change Management Institute (@ChangeMgtIns) 2013 conference on ‘Getting to Change Agility’ (#changemanagement) at Doltone House in scenic Pyrmont. Here is the first in a series of blogs sharing summaries of the sessions I attended including my key takeaways.

Keynote: Todd Sampson (@toddsampsonOz) ‘A celebration of the power of creativity in solving any problem’

I was highly anticipating this keynote from Todd having watched him in action on ABC’s, The Gruen Transfer and he did not disappoint! His session describing creativity as one of the last remaining competitive advantages companies have today was practical and inspiring for all. Todd started with a story of a 2006 breakfast meeting at the Hilton in Sydney where the creative idea of earth hour was conceived. Seven years later the event has become a global movement with 135 countries participating reaching over 1 billion people!

He shared how the most successful leaders in his vast experience balance creativity and fear and that creativity can solve any business problem. This links to Brene Brown’s research on vulnerability being at the core of creativity and innovation. Organisations need to be looking internally for creativity and not just at the top of organisations but looking down. The average age at Todd’s agency Leo Bunett is 26!

Todd’s own approach to leadership hires enthusiasm over experience and qualifications which I would highly advocate. His process in order is People (first), Product then Profit. This has seen employee engagement increase from 42-88%.

My key session insight was that creative leaders have the ability to be braver for a little bit longer than others the audience were challenged, can you be brave for 5 minutes longer? Todd shared a personal and professional example of this which I reflected on from my own experience:

We learnt the optimum duration for a creative stream is 20 minutes and were encouraged to try this on a problem we’re trying to solve. The good news is creativity can be learned, one tip is to ‘rent a head’ and borrow someone else’s perspective, i.e. think how would Apple or Richard Branson approach this? Learning to be creative requires a mindset switch. Todd explores this in episode two of his show Redesign my Brain, ‘Make me Creative’ which is available on iview here 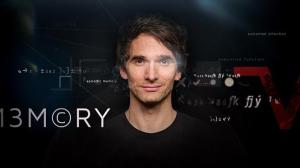 Todd shared his concern and passion area about the current education system which teaches children to magically memorise vs thinking for themselves. He describes the importance of thinking laterally and references Dr Edward de Bono’s six thinking hats.  A TED talk for those interested in this topic is Ken Robertson on how schools kill creativity.

As a final comment linking back to my key insight bravery is acknowledging fear (not an absence) and pushing through, I challenge myself and readers to be brave for 5 minutes longer.

Thank you Todd for sharing your stories and encouraging us all to embrace creativity as the last competitive edge!

3 Comments on “Getting to Change Agility – Creativity”